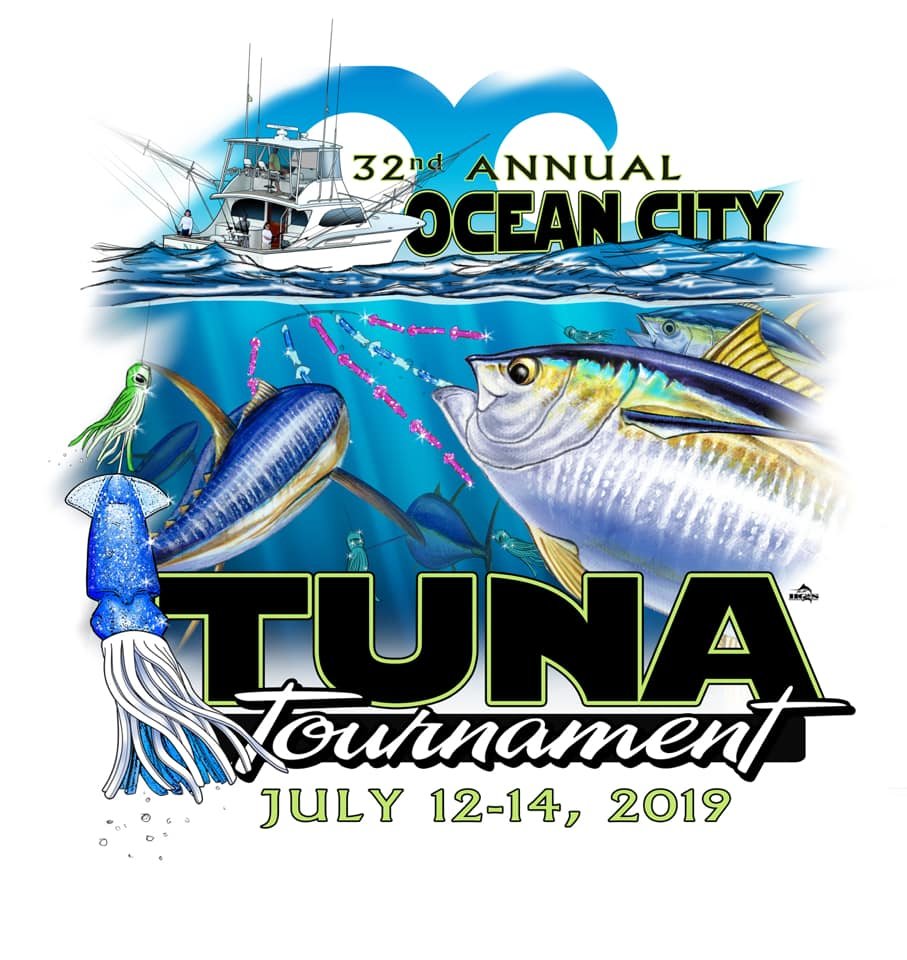 The folks over at the Ocean City Fishing Center just finished up sign ups for the 32nd Annual Ocean City Tuna Tournament and it looks to be a good one!  I just got word that 109 boats will be looking for their share of over $908,000 in prize money and the Hooked on OC crew will be bringing the scales action to you LIVE!  Check it out starting tomorrow when scales open up at 4 PM at www.octunatournament.com

Most offshore boats were at the dock today prepping for the Tuna Tournament, but the bay was full of boats and flounder fishing was good once again.  I got out this evening with my very good friend and inventor of the Deadly Double Dale Timmons and we had some luck fishing the east channel north of the route 50 bridge.  You can tell by our pics that the tide was late, but the bite was good so it was worth the wait.  We caught a total of around 20 fish and had some nice keepers for the box. We watched Captain Drew Zerbe and the Tortuga go by a few times and they were having some luck as well.  Captain Drew sent this photo of this evening’s keepers. Captain Jasson Mumford of Lucky Break Charters has been having great luck the past few weeks and even though fishing isn’t as red hot as it was, he is still putting anglers on some good fish.  The Motsko and Rowan families from the White Marlin Open even joined Captain Jason for some fun floundering. The Bay Bee out of the Ocean City Fishing Center has had keepers coming over the rail during this good flounder bite too. Bear down at the Oceanic Pier in downtown Ocean City sold Anatoli Georgiev some jumbo minnows and Anatoli turned one into this 17″ keeper flounder.

Captain Monty Hawkins of the Morning Star reported a tough sea bass bite today, but he kept after it and put some fish in coolers.

Hi Scott,
Tough bite, but we keep after it. Getting in an hour and a half late.  Most (camera shy) clients ended up with dinner. Some better.
Donnie Clark of East Brunswick NJ took the pool with a flounder she caught in a keeper double with a nice cbass.
Also pictured are Danny Clark – plus Josh & Mark Mudd of Akron OH. The Angler with Captain Chris Mizurak was out on the sea bass grounds today as well and was able to put some fish on the deck. Yesterday Captain Marc Spagnola of Dusk to Dawn Bowfishing put some shooters on some great shooting for cow nosed and souther rays.  Today it was the Fish in OC Deadly Double for some family flounder fishing where he he had a double header on a Deadly Double with one fish measuring out to 19″.