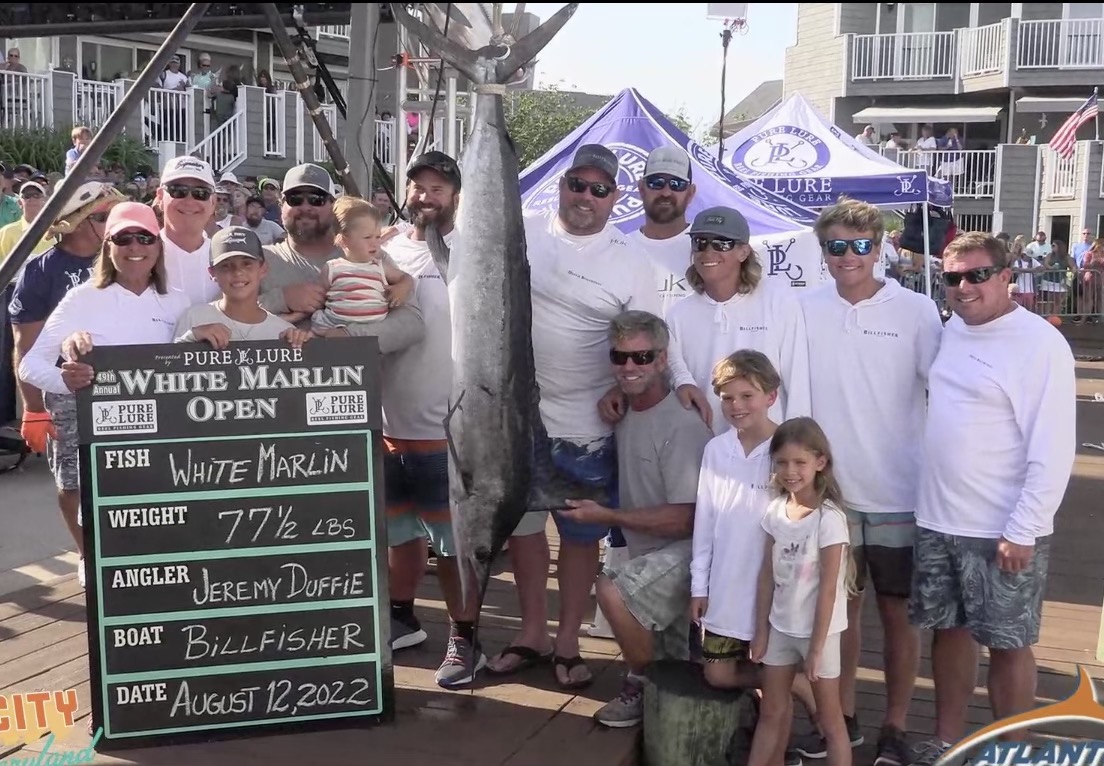 Well, it was another insanely exciting Friday at the White Marlin Open with big fish and millions of dollars worth of prize money changing hands with just a tip of the scales.  We saw some more yellowfin tuna, another wahoo, a big bigeye tuna and a 77.5 pound white marlin that will cash a check for around $4.4 Million dollars!!

Hull #1 out of Duffie Boat Works has been on absolute fire since being dropped in the water.  Last year they broke the Maryland State Record and won heaviest blue marlin in the 2021 MidAtlantic Tournament with a massive 1,135 pound blue marlin and now Captain Jon Duffie and crew have done it again by winning the 2022 White Marlin Open.   In doing so they have won what is the largest prize ever paid out in a fishing tournament.  It was another super exciting week for the 49th Annual White Marlin Open and I’m proud to be a part of it.  Here’s who’s getting paid with payouts from www.whitemarlinopen.com.… The crew of Spring Mix II with Captain Chris Watkowski didn’t do any damage in the White Marlin Open, but they did have an awesome day today with 8 yellowfin tuna and a sailfish release. Anglers on the Tortuga out of Bahia Marina had a good day with keeper flounder on both trips. Captain Wayne Blanks of Bayside Guide Service had another good day of fishing the route 50 bridge with some nice bluefish for his crew. Bill Snyder caught this 22″ flounder on a mullet strip while fishing the north sea wall of the OC inlet. New Back Deck Fishing Report is up on our YouTube!