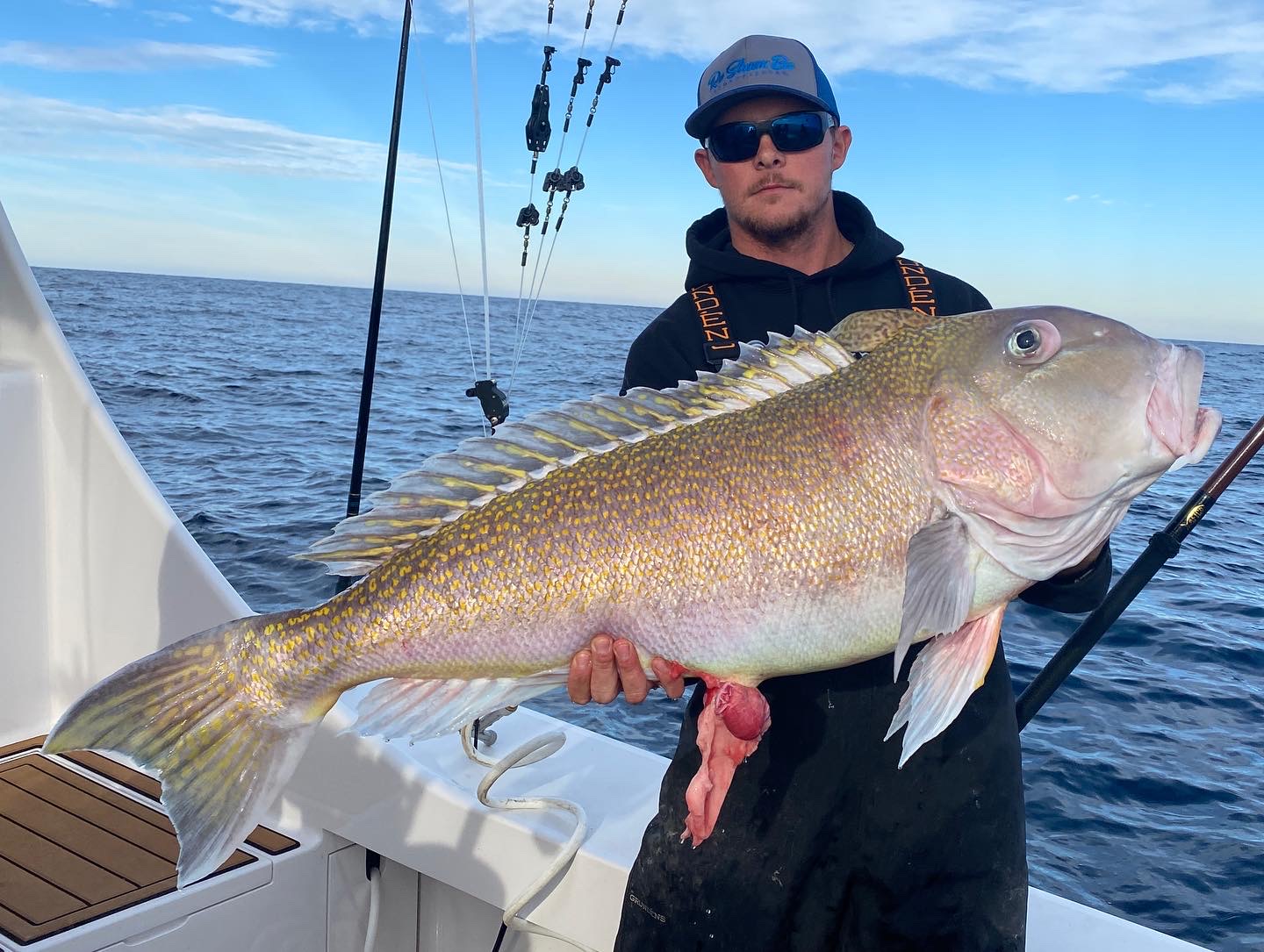 The wind laid out nicely today allowing for a beautiful day to get out on the water and do some fishing.  I had an opportunity to head offshore with Captain Willie Zimmerman and the crew of the RoShamBo for some deep dropping and we had an awesome time.  The swordfish didn’t cooperate for us, but we did find some stud sea bass up to 22″ and we had one jumbo golden tilefish that was just under 40 pounds.  It should make for a great episode of Hooked on OC in the coming weeks. Captain Chris Mizurak and the crew of the Angler had a very nice day on the ocean today with sea bass, flounder and bluefish.  The largest sea bass of the day was a big 6 pound, 11 ounce knot head and the biggest flounder was 9 pounds, 1 ounce! Captain Monty Hawkins of the Morning Star was out on the rip today and ended up with his 8th boat limit of sea bass in as many trips.

Rich, who always seems to be helping with reef building, dropped blocks at one of my more distant spots. We kept paddling.

Double anchored where sea bass were concentrated and found the bite less than fall-like. Was OK though. Bernie, in 100% normal fashion, limited first. Another client boxed out ..and then the bite quit.

Screen near-about solid red with fish, near to none chewing.

Upped anchors and headed off a bit more. Sealed the deal there. That makes eight boat limits in a row.

Even Hurricane Murray bagged out and helped pay the rent – most of the rent!

Have some crabs coming. Wonder what I’ll do with them… Big Bird Cropper and Shawn Flaherty were out throwing Roy Rigs at some rockfish today and had much success once again.  The guys released a bunch of short fish and Shawn landed a nice 30″ keeper. Bryan Mindte of Sunset Provisions had some fun with the schoolie rockfish at the route 90 bridge today.