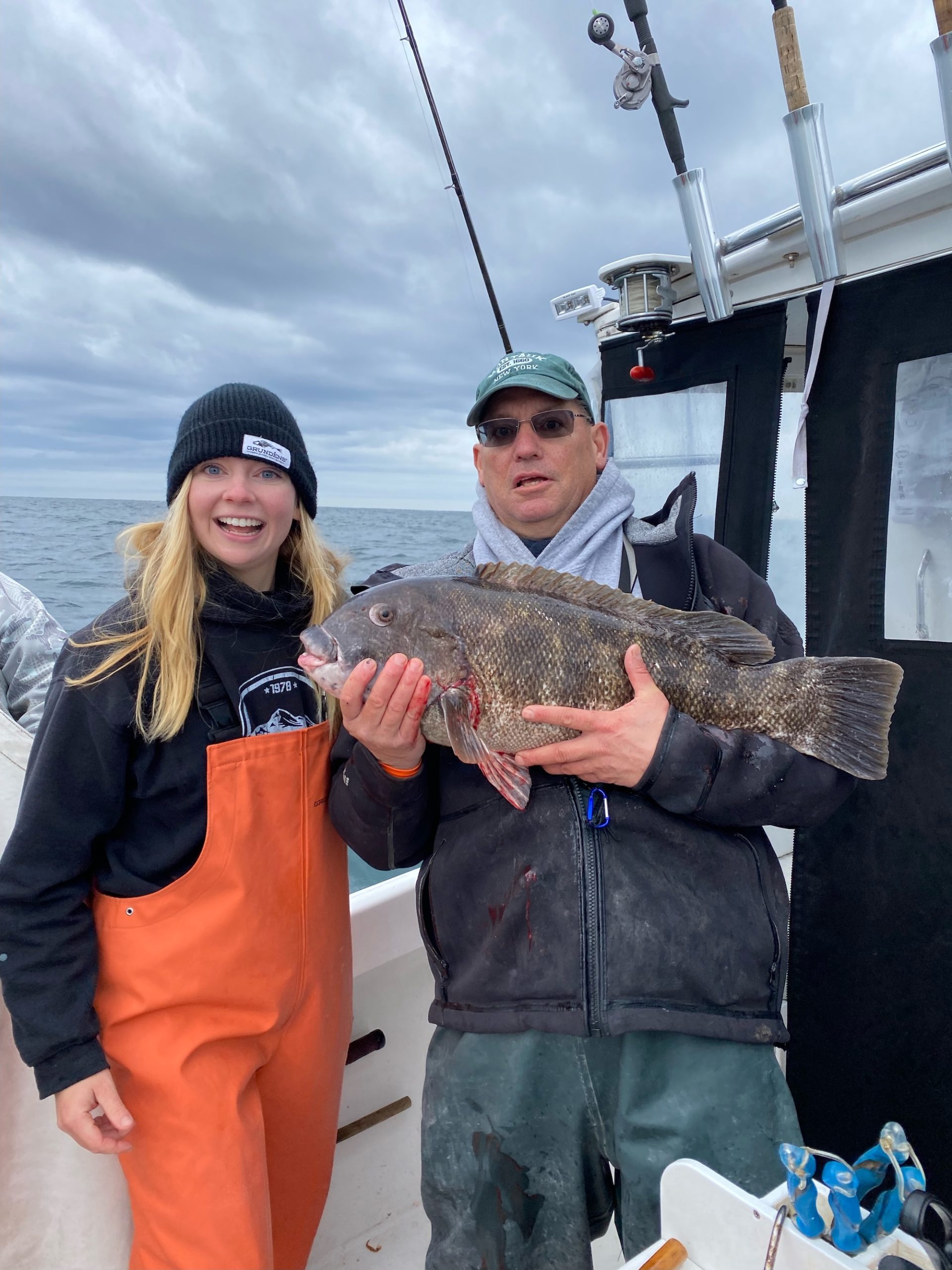 December fishing can be cold, but it can also be well worth the chill.  Today was one of those days where it started off pretty darn cold, but the wind was calm and the ocean was flat so it was a great day to get out and catch some fish.

Captain Chase Eberle of Chasin’ Tides Charters had a great day of tautog fishing today with 15 sea bass and a limit of tautog.  The crew also released fish of 9, 13 and 18 pounds.  Some of the fish were caught on the Fish in OC tog jigs! Captain Chris Mizurak of the Angler had an awesome day of fishing the ocean today as well with big sea bass, some scup and flounder up to 26″. Captain Monty Hawkins of the Morning Star logged sea bass limit #16 in a row today and also added some big bluefish and some scup.

Another cloudy day – no color at sunrise, just lighter shades of gray as illumination improved.

We paddled on off. An old friend from fisheries and his son, Jason & Peter, shoved twenty blocks and a pyramid by the rail atop a distant reef.

One anchor set later sea bass boat limit #16 in a row was in the book.

Nice when that happens.

As with yesterday, I was impressed with the skill of my most youthful angler.

Nice when that happens too.

Like seeing youngsters who don’t think fish are ‘icky’..

We’ve got a slim chance at altering management’s course come January. They’re set to do a 28% reduction in recreational sea bass quota owing ‘overfishing’ to our north, ‘overfishing’ shown by MRIP that defies belief.

We cannot know where “28%” will land us. Many states to our north have 2 or 3 sea bass bag limits at certain times of year.

Here we have precious few options. Sea bass are our mainstay.

For now, know this: Our regulations haven’t changed one bit along DelMarVa since 2011. In those ten years we’ve seen the very worst spring sea bass run ever owing three years of wind survey noise come 2015 — and the best sea bass fishing in 2020/21 (since 2002/03) owing a return to young sea bass spawning again in the very heart of survey noise’s impact.

No change in regulation.

Our system only responds to catch data. On the recreational side that data is terrible.

Spawning production & habitat are what we must focus on to now make sea bass go from pretty darn good to unbelievable.

Just have to try.

Y’all have a great Christmas,