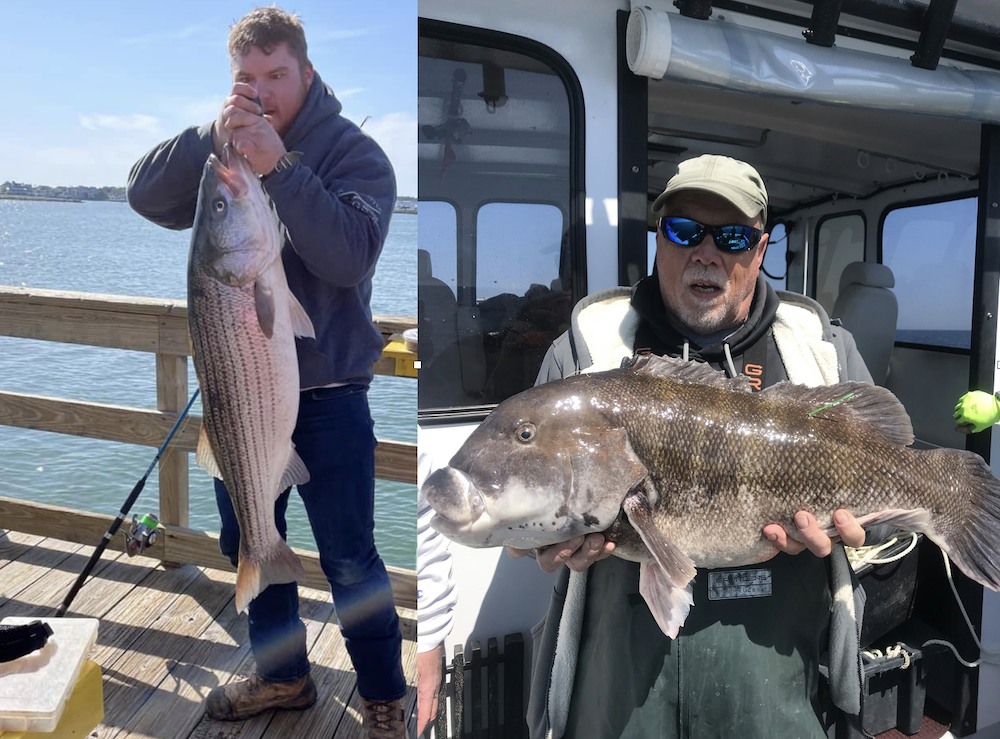 We had another beautiful spring weather day in and around Ocean City today with sunny skies, warm temperatures.  There was a little breeze inshore today, but out in the ocean it was very nice and awfully fishy.

Captain Kane Bounds of the Fish Bound was just shy of adding another 20 pound tautog to his current total of 13 for his boat, but the scale never hit the magic 20.  It did however hit 19.5 pounds and the length was a whopping 29.25″.  Captain Kane also had five other double digit fish including a 15 1/2 pound female and another fish that was a recaptured tag.  The fish was caught on the same small piece of structure that it was caught on back in December by Captain Kane proving that some of these larger fish do survive when they are caught, tagged and released. Captain Monty Hawkins had a nice day on the water today where his anglers enjoyed calm seas and a decent tautog bite.

Nice day off there. Calm, bite wasn’t too bad – beat doing taxes at least.
Had plenty of skill on the rail. Needed a touch more luck though; couple good ones broke off on the sharp stuff below.
Lupe Nunez & Leandrew Williams were our guest reef builders.
Jan Zalegowski took everyone’s pool money.
Posting another weekday trip at morningstarfishing.com under the “Fish Report” tab.. Take advantage of some pretty weather.
Cheers,
Monty Captain Chase Eberle of Chasin’ Tides Charters had another great day on the ocean today and put his anglers on another limit of nice tautog.  The largest fish of the day was a 10 pound beauty that was tagged and released. Fishing is picking up at the Oceanic Pier in downtown Ocean City over the past few days with some nice fish coming over the rail.  Bob Haltmeier reports some keeper tautog, some throwback rockfish action and at least one jumbo rockfish.  One lucky angler was happy to catch a very nice 42″ rockfish from the pier the other day, but wasn’t as happy to release it because it was over the slot.  Remember, striped bass regulations for the coast are one fish per person from 28″ to less than 35″….everything smaller than 28″ or bigger than 35″ goes back.