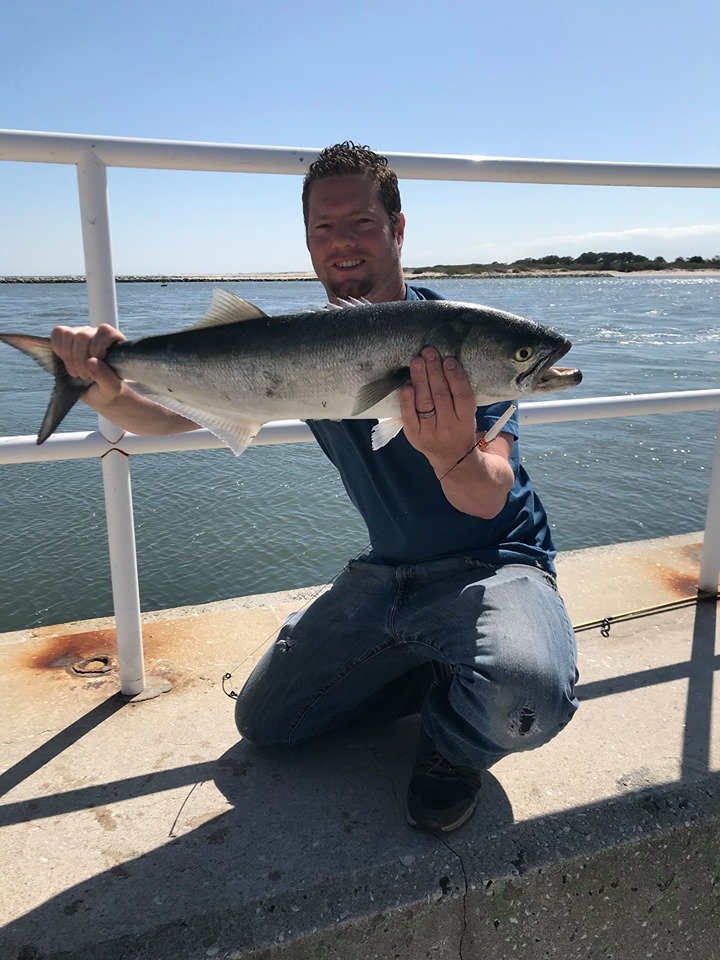 This morning started out kind of “meh”, but by this afternoon it was reely nice with light winds, sunny skies and temps in the 60s that actually felt kind of cool.  Yesterday’s rain has dirtied the water behind Ocean City and Assateague Island, but it was a good afternoon to be out on the water and there are other fish around that don’t need the water as clean as a flounder.

My buddies Big Bird Cropper and John Wittmyer of Crabs to Go were out for their normal Monday fishing trip and they had some success.  Bird and Johnny used Roy Rigs to catch and release 14 rockfish and 6 bluefish. Captain Chase Eberle of Chasin’ Tides Charters had an evening trip tonight that produced some bluefish for his anglers from North Carolina.  Parker caught the biggest at 28 and he and his dad kept some fish for the cooler and released several others. Kyle Murray and Nick Kanaras fished the Ocean City inlet today with Gotcha plugs and were able to land some bluefish.  One of Nick’s fish was a 19″er and Kyle landed a nice 29″ chopper. When the water was clean over the Springfest weekend Todd Hoover from Jarrettsville, MD landed this keeper flounder.