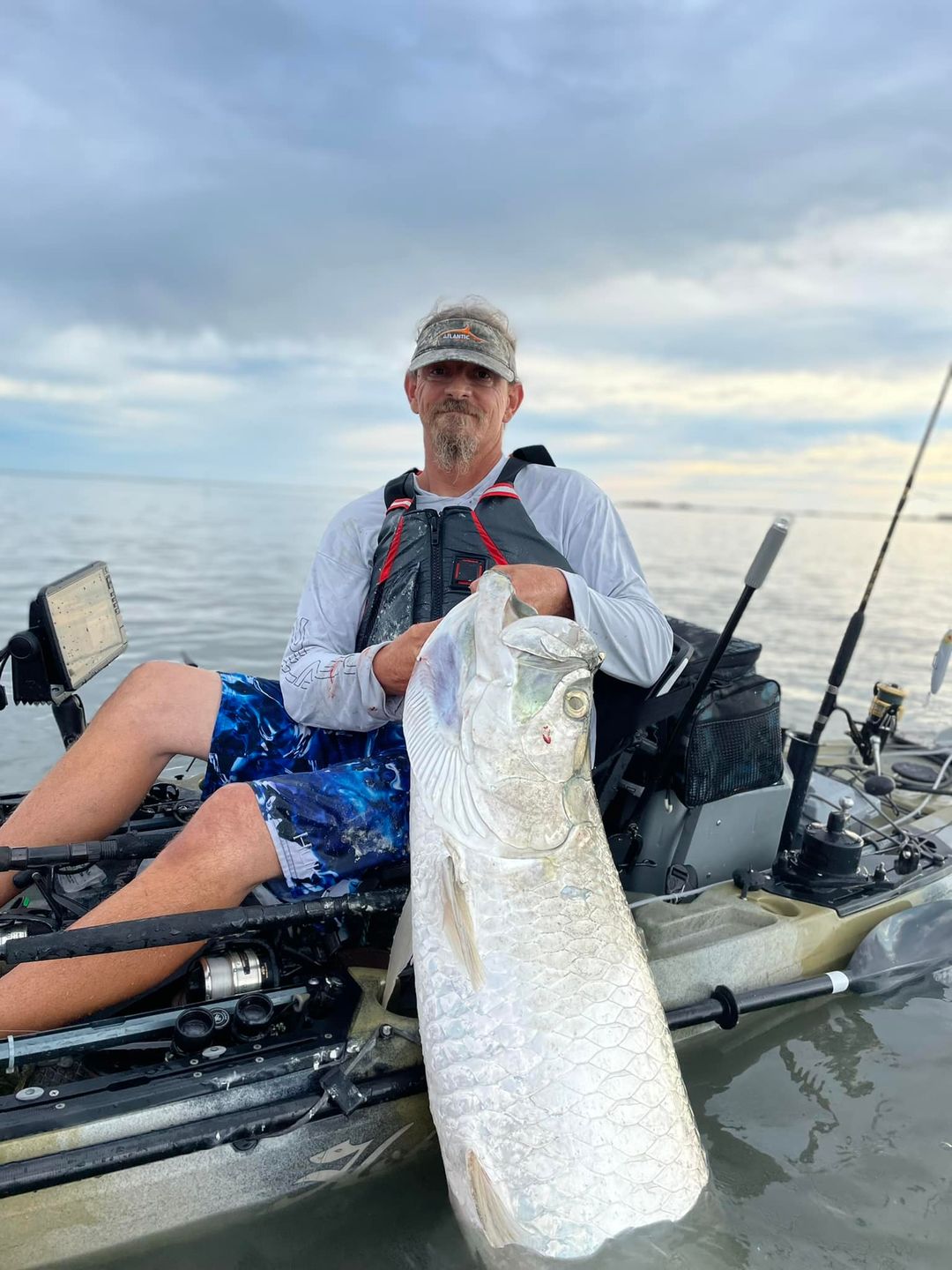 There wasn’t a whole lot of fishing going on around here today thanks to the stiff northeast winds.  Bay water was clean enough to catch a flounder, but the ocean was closed for business for everyone that I know of.  Tomorrow looks like more wind and then things calm down for Thursday and the beginning of the Poor Girls Open at Bahia Marina.  Registration is tomorrow afternoon form 4 PM until 7 PM at Bahia Marina on 22nd street where I’ll be posted up selling Back the Blue shirts…come see us!

I saw Captain Mike Burt of the Pumpin’ Hard at Atlantic Tackle today and he said, “Did you see my tarpon?”  I said, “No, where did you go and catch a tarpon???”  He replied, “Yesterday down on the Eastern Shore of Virginia in my kayak.”  After I picked my jaw up off of the floor, Mike was able to tell me that yesterday he and his brother David went to the Eastern Shore of VA with their kayaks and Mike hooked into, and landed this estimated 125 pound tarpon on a live bait.  Tarpon from up here are rare so this is an impressive feat.  The fact that Mike caught this fish solo from a kayak is a truly awesome accomplishment!  Pretty work!! Not many boats fished even in the bay today, but the Tortuga out of Bahia Marina was able to get out and do a little flounder fishing.  They caught keepers on both trips and even added a surprise triggerfish. Captain Marc Spagnola of Dusk to Dawn Bowfishing had a productive trip for his shooters last time out putting them on some good action for cow nosed and souther rays. Yesterday, Jake Melcher caught this jumbo wahoo on a skirted ballyhoo in the Baltimore Canyon after an intense 20 minute fight.  The big “hoo” was 65 inches long and weighed in at 86 pounds. NEW Back Deck Fishing Report is up on our YouTube…check it out!