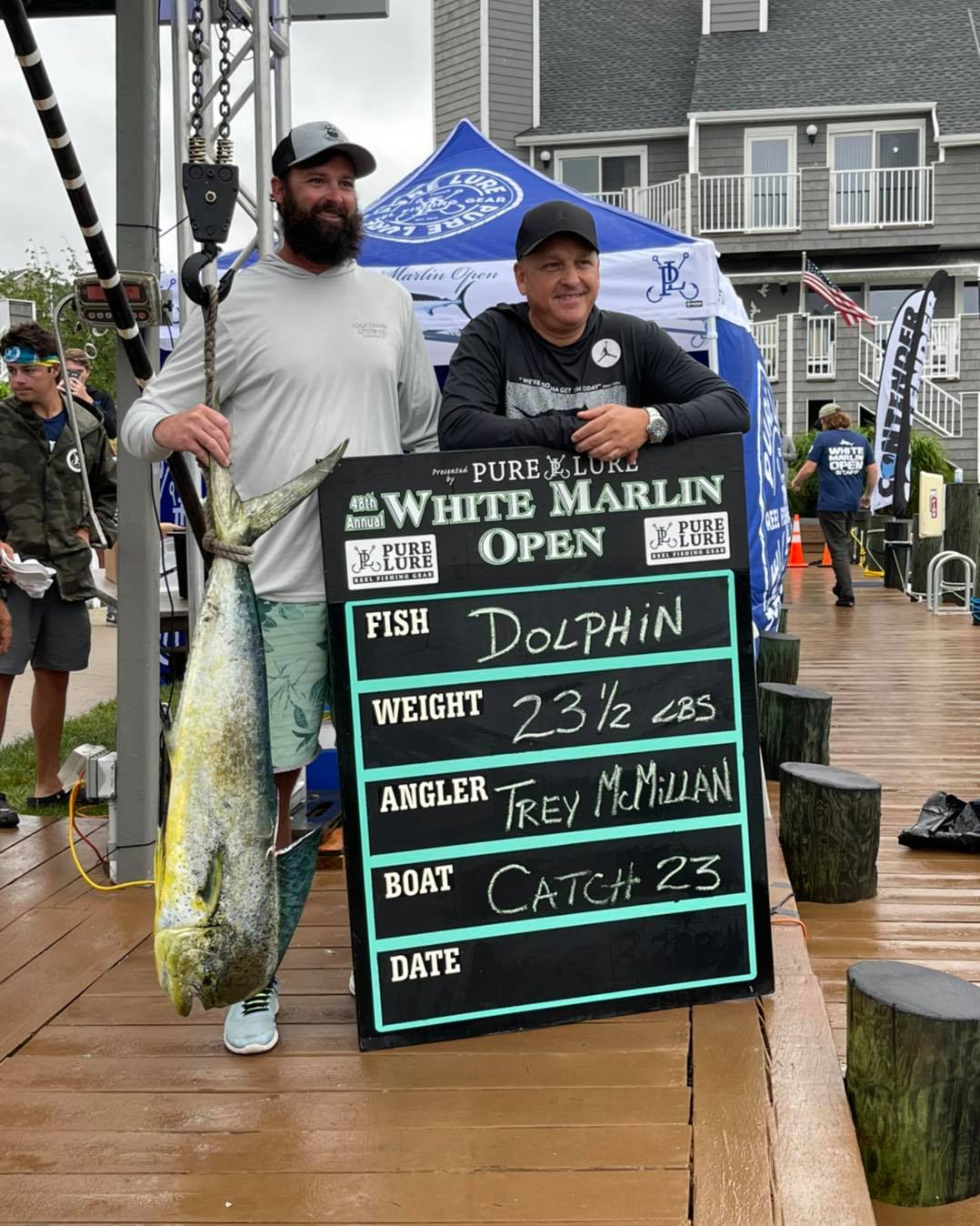 Hit the vid for the Daily Catch at the Ocean City Fishing Center!

It was a rough one out in the ocean today for day 3 of the 48th Annual White Marlin Open.  Only 36 boats fished today and only one fish made it to the scales.  That one fish was a good one and was caught on board Michael Jordan’s Catch 23 by angler Trey McMillan.  No, Michael Jordan wasn’t at the scales today….his crew brought the fish over by truck and they were excited to find out that their 23.5 pound mahi would win the daily mahi meat fish Calcutta and pocket $20,000.  Hearing that sea heights were 6′ to 12′ today, I asked the crew if it was rough out there and the reply was, “pfffft….yeah!”  Tomorrow looks to be a little rough as well to start so I’m guessing it will be another lightly fished day.  That just means that there will be lots of boats out on Friday to finish up the World’s Richest Billfish Tournament and then we’ll see who will win their share of $9 Million in prize money.  We know after today that Michael Jordan’s Catch 23 will have at least $20,000 of it.  Here’s who leads what after 3 days of fishing. Away from the tournament there wasn’t much ocean fishing going on thanks to the rough sea conditions, but there were some hearty souls that ventured into the bay.  Captain Jason Mumford of Lucky Break Charters had a trip to the route 50 bridge and inlet area that yielded some catch and release rockfish action and two keeper sized tautog.